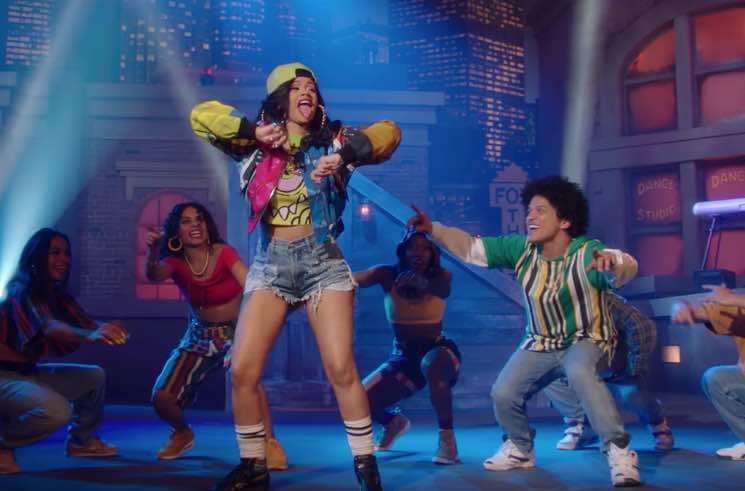 The cut originally appeared on Mars's 2016 album 24K Magic, but it's been given an update thanks to Cardi's guest spot.

Despite the fresh take on the track, the accompanying video is a total throwback, channelling '90s hit show In Living Color — and as such, neon colours, backwards caps, chunky gold jewellery and goy onscreen gimmicks abound.

Watch the new clip for "Finesse" down below.