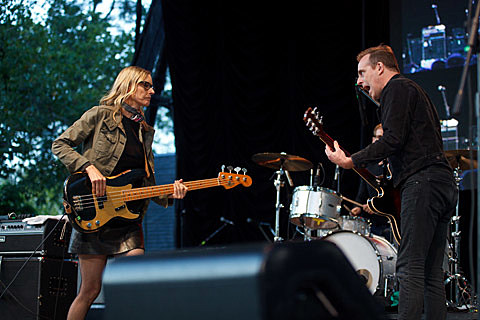 Two of the shows are in NYC: December 10 at Town Hall and December 12 at Music Hall of Williamsburg. Tickets go on sale Friday (9/25) at noon with an AmEx presale starting Wednesday (9/23) at noon.

Aimee and Ted's also recently sang a Lincoln Chaffee campaign song on Conan. As Rolling Stone points out, the song was...

sung to the tune of Fine Young Cannibals' "She Drives Me Crazy." "Used to be / Republican / Switched to Dem in 2010 / The pride of Rhode Island / His horses' hooves were stylin' / Wants the metric system to the U.S. / A plan with zero gram's chance of success," Mann and Leo sing. "He's Lincoln Chafee / For President / You don't have to vote for him / Just get him to 1 percent."

Watch that video, with their list of tour dates and video from one of last year's holiday shows (featuring Susanna Hoffs of The Bangles), below...