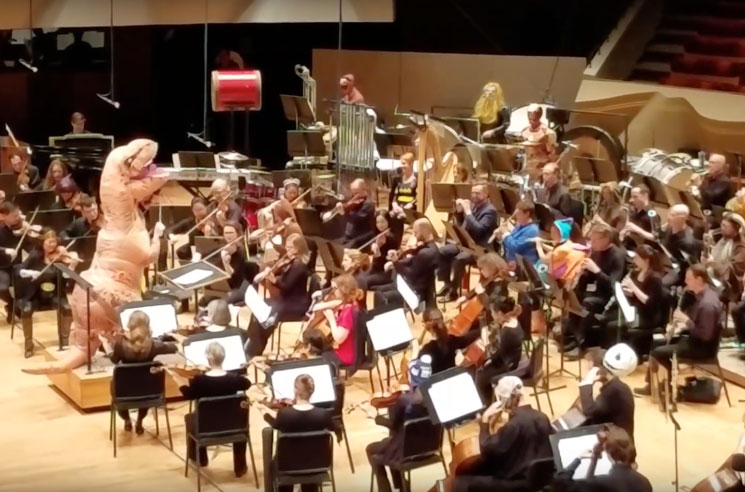 The tyrannosaurus rex has been the butt many jokes due to its less than proportionate arms, but as the internet recently discovered, its tiny limbs served a great purpose when it came to conducting John Williams' iconic theme to Jurassic Park.

A video making the rounds on Twitter finds an orchestra conductor dressed in an inflatable T-Rex costume, leading the players through Williams' iconic piece with impeccable pacing. Other footage the performance reveals the dino-led performance took place at Colorado's Comic Con in March last year.

The performance elicited a range emotions from online viewers, as you can see below.