Today, August 25 (well, it’s technically already today in South Korea) is a very special day: the 20th anniversary of the debut of the Queen of K-pop™, BoA.

On August 25, 2000, at the absurdly young age of 13, Kwon Bo-ah debuted on the South Korean and, immediately after, Japanese scene with ID; Peace B, led by the Yoo Young Jin-produced title track, which was recorded in Japanese, Chinese, Korean and English – a hint of what was to come, as the multilingual superstar-to-be would go on to tackle multiple international markets over the next several years. Two decades and dozens of albums, singles, music videos, tours, reality TV appearances, TV dramas and movie roles later (let us not forget 2014’s Make Your Move with Derek Hough), BoA is now a well established veteran – and, truly, the undisputed Queen.

Several events have already led up to this celebration, including a SM Entertainment campaign featuring an assortment of artists, from Gallant to Red Velvet, in the form of a covers EP called Our Beloved BoA, as well as a brand new, virtual museum-style Instagram account full of gorgeous throwback photos and highlights from her boundary-breaking career.

To meet the moment, BoA herself prepared a special video message for the fans, complete with a heartfelt thanks – and a confident promise to continue dominating the scene for years to come.

“Thanks to you guys for listening to the music, I can continue to do music activities…there’ll be a 30th anniversary after the 20th. I will do my best to make good music for a long time, so please give me an everlasting love and support,” she said, as only a Woman who’s been running the game (on top, and upside down) for two decades would.

SM also dropped what is effectively a little fan cam / Billboard Music Awards introduction-style hype video, which gives just the slightest taste of everything she’s given us over the years. It’s nice and dramatic, as one of these things should be.

And while the nostalgia keeps rolling in, there’s already stuff to look forward to in the very near future: Vogue Korea revealed a new interview and photo shoot with BoA for their September 2020 “Hope” issue, in which she discussed the album currently in the works to tie in with the occasion. 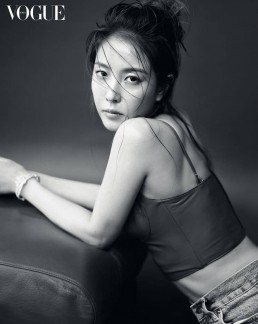 “I don’t think the anniversary makes my album any different or more special. Like I did for each album, it’s important that I come up with good songs for this album too. Focusing on what I want to do right now feels like the most ideal way of celebrating my 20th anniversary,” she explained.

“I’d like to show people what kind of songs an artist who’s been active for 20 years wants to make. That feels like the right way to celebrate my 20th anniversary.” (Love this answer.)

And much like our other Queens of Pop – she’s in the mood to move in these bleak times.

“This might be due to the current situation regarding COVID-19, but I really want to dance. [Laughs] Trying hard to look younger or doing something against your will only makes the performance worse. I’m looking forward to focus on something I can excel at.”

She also gets very honest about experiencing hardship, being too hard on herself growing up, and plans for the future.

“I’ll perform until I can, and when I feel like I can’t do it anymore, I’ll step down. But I don’t want to pressure myself by giving myself a set deadline. And you never know what will happen in the future, so I must always be careful about what I say [laughs].”

BoA will also be releasing a self-penned song called “Little Bird” on September 1 as part of the Hope Project, in which Vogue editions from around the world deliver messages of hope to readers amid the pandemic.

“I hope those who listen to the song will get to think of themselves in the past, present and future….although we are having a hard time due to Covid-19, I hope we all get to achieve our dreams. What we need now is hope,” BoA said.

So much to reflect on – and so much to be excited about! A heartfelt happy 20th anniversary to our beloved BoA: you are, indeed, still our No. 1.

Very little evidence of my pre-MuuMuse BoA standom exists – aside from this appropriately shirtless photo – but I’ve been in it for the long haul, ever since an older student did a Study Abroad presentation at my high school and showed us the music video for a song called “No. 1” by an artist named BoA, who was Very Popular in Asia during her stay.

Mercifully, no video evidence exists of my poor attempts to learn the choreography for “My Name” and “Spark” – my favorite BoA era is My Name, by the way – using weird, step-by-step animated tutorial programs that required me to do some intense coding just to run on my computer. The kids…they have it so easy these days with their TikToks and their YouTubes.

Let us also not forget the moment when my worlds truly collided, and BoA met Britney.

If you’d like to continue taking a trip down memory lane, check out my interview with BoA from 2009, from when she released her incredible English-language debut.

Gallant Covers BoA’s ‘Only One’ for Her 20th Anniversary 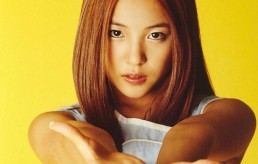 SM Entertainment will celebrate the beginning of BoA's 20 year career with a collection of covers.