It’s nearly the end of another long, hard, mostly horrible year. (Meri Kuri to all, by the way.)

And while it feels mostly foolish to hold onto hopes and dreams at this point, there is now at least one reason to live in 2022: Girls On Top.

In a crossover event infinitely more ambitious than whatever Marvel movie everyone is clamoring about this week, members of aespa, Red Velvet, Girls’ Generation and the one and only BoA are teaming up to form a supergroup.

SM Entertainment made the shocking announcement on Monday (December 27) in South Korea that the 35-year-old “My Name” icon will be joining WINTER and KARINA from aespa, as well as Taeyeon and Hyoyeon from Girls’ Generation and Seulgi and Wendy from Red Velvet in a brand new girl group.

Along with a killer first look at the group – which, presumably, is named after BoA’s 2005 studio album and smash of the same name – SM also revealed a little bit of their schedule (!), including a special stage on January 1, and a single that arrives on January 3 at 6 p.m. KST. (Happy early birthday to me.) 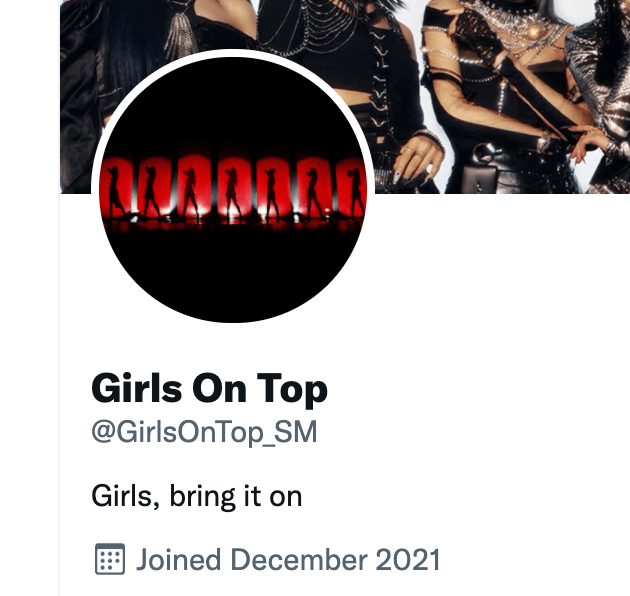 “Girls, bring it on,” their Twitter bio declares, along with a profile photo that appears to be a music video tease.

It’s already too much to handle that heavy hitters from veteran and rookie girl groups are teaming up. But adding the Queen of K-Pop™ herself, BoA, into the mix? Unprecedented.

If there were any event powerful enough to shift us into the alternate universe / plane of existence we so desperately need to be tilted into, it will likely be this one.