Bring a bucket and a mop, because Cardi B and Megan Thee Stallion have officially super-soaked the music industry with their “WAP.”

One week after the song’s Wet Ass Premiere, “WAP” has landed at No. 1 on the Billboard Hot 100, and is officially chart gold – literally. The song is RIAA-certified gold after one week, and has broken a series of Billboard records, via the official chart company on Monday (August 17).

“Me and Cardi just got off the phone screaming 😭😭😭FIRST FEMALE RAP COLLABORATION IN HISTORY TO DEBUT AT NUMBER 1 😭😭😭 God is so great 🙏🏾 THANK YALL !!! @iamcardib thank you for all your words of encouragement, thank you for all the laughs, & thank you for having me on the record 💕💕💕💕 #WAP,” Megan wrote on Instagram.

“Number fuckin one !!!!!NUMBER 1 !!!My 4th number 1 on billboard hot 100….I’m just so thankful I want to hug the LORD !! Thank you soo much @theestallion .I don’t even know how to thank you ,I wish I can give you a big ass hug !!! Thank you to my fans Megan fans,Thank you the world for listening .Im just soooo thankful I can’t even type it .Imma get like a bad bitch and tell ya later.Love ya WAAAAAAAPP,” Cardi captioned her own post, along with an extremely Cardi video message for all of us – INCLUDING an a cappella rendition of Michelle Thee Williams‘ “Say Yes.” When Jesus say “WAP,” nobody can say no!

And that, my friends, is the true power of Wet Ass Pussy. Congratulations, Cardi and Megan!

In the sacred words of Nicole Scherzinger: let's get a little wet. 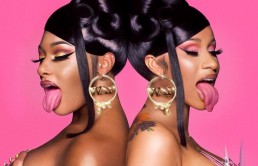 ‘WAP’: The Cardi B & Megan Thee Stallion Collaboration Is Coming 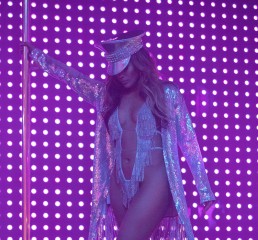 Yes, ‘Hustlers’ Really Is That Good