Red lip? NO. Earrings? NO. High heels? NO. Comeback? Why yes, actually.

The girls of CLC – Crystal Clear, if you’re nasty – are returning to us in just a month’s time.

News1 reported on Thursday (August 13) that the seven member K-pop girl group was preparing to release a new album in early September. Their agency, Cube Entertainment, then confirmed the news by sharing the article on their Twitter account. And now, the Cheshire – that’s the fan army name, FYI – are (deservedly) losing it across social media.

It’s been over a year since the group’s last mini-album No. 1, which spawned their empowered anthem, “No.” Their last comeback came almost exactly a year ago in the form of “Devil,” which went on to be a US World Digital Songs Top 10 hit.

Here’s hoping they come out swinging, “Hobgoblin” style, and then give it to us as hard as “Black Dress.”

The big day is here: the Queen of K-Pop celebrates two decades, with exciting plans for what's next.

Gallant Covers BoA’s ‘Only One’ for Her 20th Anniversary 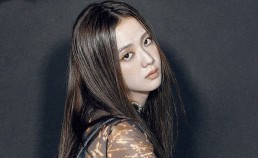 BLACKPINK’s Jisoo Is Going Solo (As an Actress)

Jisoo's about to be a leading actress.