It’s a question that keeps me up at night, as well as the entirety of (the maybe-soon-to-be-banned) TikTok, all thanks to viral star Cookiee Kawaii‘s “Vibe (If I Back It Up),” resulting in a staggering 1.9 million videos and counting on the platform.

The easily consumable, catchy, mattress spring-creaking, throw it back-able bop also clocks in at a mere 1:24 minutes – just longer than the maximum time for a TikTok – garnering the Jersey native over 55 million streams on Spotify alone. But after all this time, there was still no official music video…until now.

Cookiee’s plans for the “Vibe” clip started back in February, when she told Fader that the video treatment was in the works.

“I didn’t do the video at first, because I was busy and I wanted it to be right. But now, I’m glad I didn’t — now I can mold my treatment and make it something that reflects everything that’s going on now. I’ve been praying for a moment like this. I have a full arsenal of music, and people will see that ‘Vibe’ isn’t all I’ve got — but ‘Vibe’ is taking me there. I want to tour, connect with different artists and people, expose them to our culture in Jersey, and to see the dancing. It’s not just me, there’s a ton of Jersey club producers who have been doing this.”

“Yea .. yeah … I know it took a while 😭 Blame Covid 😭😭 But God willing it’ll go viral again ❤️ #Jersey 🔌,” Cookiiee wrote along with the music video’s premiere on Monday (August 10).

To her video’s benefit, at least the TikTok coin’s clearly started rolling in: what Cookiee’s first major music video moment lacks in length, it makes up for in quarantine fever dreams: it’s like The Birds meets Azealia Banks‘ “Liquorice” meets Drumline – and some Mars Attacks! to boot.

If you’ve listened to local radio at all in recent months, or so much as taken a quick peek at the Billboard Hot 100, you’d know that TikTok is all but exclusively dictating the way songs are shooting to the top of the charts. Cookiee is smart to ride this “Vibe” as long as she possibly can. Would an extended version have hurt? Of course not! But then again, look at the way song lengths are shrinking with each New Music Friday. Our attention spans aren’t any longer than a TikTok these days.

By my estimation, you still ain’t ready for this work: now watch her throw it, throw it back… 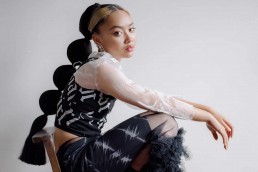 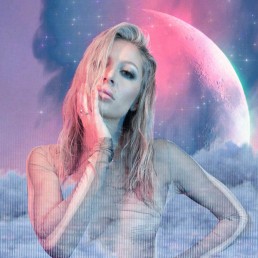 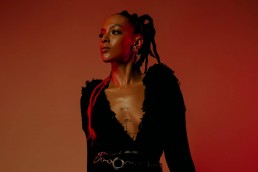 One of this year's coolest debuts on the dance floor.