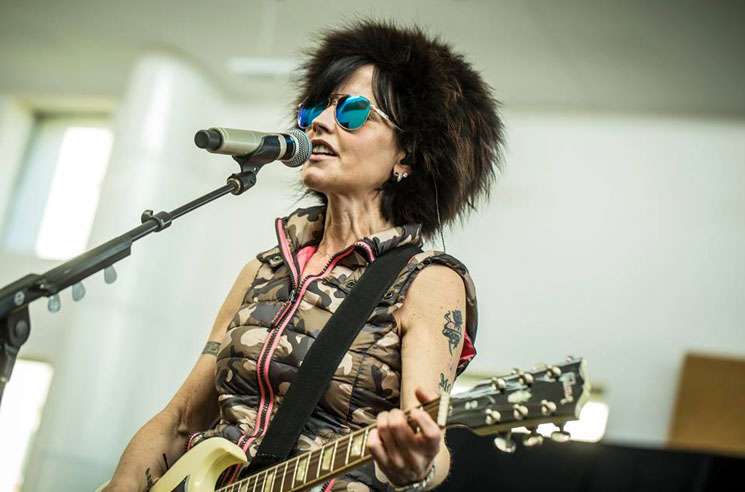 The music world was rocked by the sudden passing Cranberries vocalist Dolores O'Riordan yesterday (January 15). And while the cause death has yet to be revealed, police are not treating the singer's death as suspicious.

As the BBC reports, a police spokesperson said law enforcement was called to a hotel in Park Lane yesterday at 9:05 a.m. GMT, where "a woman in her mid-40s" was pronounced dead at the scene. O'Riordan's PR agency confirmed her passing a statement upon the news breaking, noting that she was in London for a short recording session.

Police also confirmed to the media that a report was being compiled for the coroner's fice to investigate the cause O'Riordan's death.

"When we heard she liked our version and wanted to sing on it, it was the greatest compliment a new band, or any band for that matter, could have received," the group's Tommy Vext wrote in a statement. "Our hearts are broken that we were not able to see this collaboration through and our deepest condolences go out to her family, friends, loved ones and fans in Ireland and around the globe."

A funeral for the singer is set to take place in Ireland in her hometown Friarstown, in Limerick. A book condolence was also opened in her hometown today at the city council's headquarters.