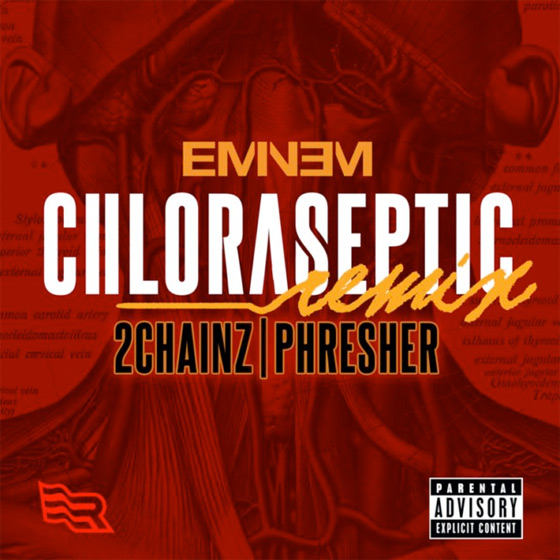 Critics (and Coachella attendees) haven't been too kind to Eminem's most recent album Revival, and now the rapper is firing back.

On a new remix "Chloraseptic," Em lashes out at his haters, spitting: "Not as raw as I was? / 'Walk on Water' sucked? / Bitch, suck my dick."

Later in his new verse, Eminem defends his decision to rope in guests like P!nk, Beyoncé and Kehlani on Revival, claiming that he just adds criticism "to the fuel in my rocket pack."

2 Chainz also contributes a new verse to the "Chloraseptic" remix, which is apparently out now in Australia. Until it hits North American streaming services, head over here to stream it . Revival is available for purchase on CD  Umusic.