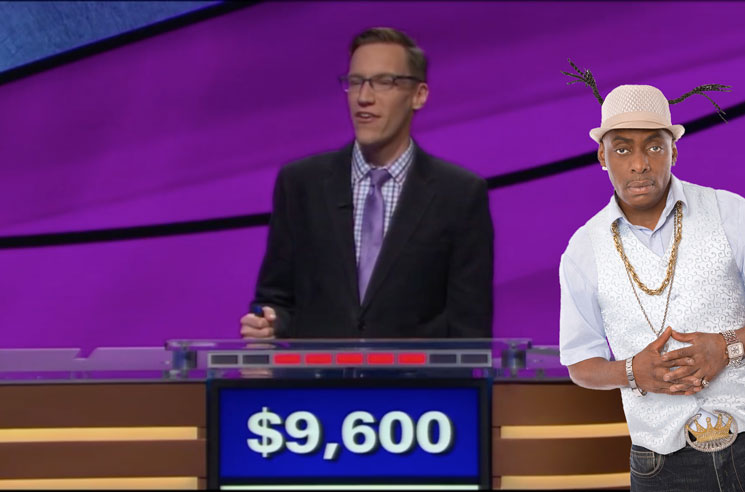 Coolio once called himself "a educated fool with money on my mind" on "Gangsta's Paradise," and that line happened to ring true for one Jeopardy contestant when it came to a question involving the rapper's 1995 hit.

Spicher confidently answered with "Gangster's Paradise Lost," at first winning himself $1,600. It was later on that host Alex Trebek later stopped the game briefly to inform Spicher his inaccurate use "er" instead "a," costing him $3,200.

The show explained their ruling in an ficial statement not long after the episode went to air:

Although Nick's response "Gangster's Paradise Lost" was initially accepted, the hard R sound caught the ear one member the onstage team, who immediately followed up with a quick check.

It turns out that "gangsta" and "gangster" are both listed separately in the Oxford English Dictionary, each with its own unique definition.

Nick changed not only the song's title, but also its meaning ­– making his response unacceptable.

Regardless what Coolio's appearance fee is these days, it's clear that Trebek and his judges won't be disrespecting the rapper born Artis Leon Ivey Jr. in 2018. Take in the clip below.