Kylie Minogue is dreaming of a less socially distanced future, and she’s got her eyes on the stars while in quarantine.

Obviously, the pandemic’s put a bit of a damper on our Mighty Minogue’s Disco plans (to say the least), but that hasn’t stopped her from (responsibly) shooting a little something to supply a music video for her intergalactic return, “Say Something.”

The sparkly visual for “Say Something” is sort of like an Aphrodite: Les Folies Tour backdrop, plus the music video for “The One,” mixed with Goldfrapp‘s Supernature era – with a little bit of ABBA dabbled on top for good measure.

Horses. Stars. Shirtless male dancers. Glitter. Shimmer. Glamour. It’s not complicated. We’re not reinventing the homosexual wheel here. This is thoroughly the sparkly essence of Kylie, through and through. She’ll shine on and on… 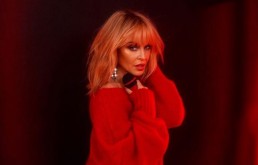 ‘Say Something’: Kylie Dreams of a Less Socially Distant Future

Kylie's back, and yearning for us all to be as one again. 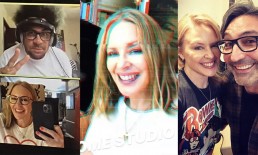 Everything We Know So Far About Kylie Minogue’s 15th Studio Album, ‘Disco’

Our disco needs her, now more than ever.

"That's where I want it to be. Shimmery."