The “Sour Candy (feat. BLACKPINK)” performer might have effectively dropped her latest studio album and promptly Reverse Warholian dipped out before anyone even received their Chromatica jockstrap in the mail, but it seems as though she’s making some steps to return and be part of The Discourse once more, beginning with her newly announced Apple Music show, Gaga Radio.

Beginning this Friday (August 7) at 11 a.m. PT, our Stefani Gerrmato will be catching up with various special guests on her new show, beginning with Chromatica executive producer BloodPop.

Here’s some official blurb about what to expect: “The inspiration for Lady Gaga’s hyperactive NUMBER ONE ALBUM Chromatica came from one magical place: the dance floor. Now, every Friday on her brand new GAGA RADIO show on Apple Music, she honors the larger-than-life genre of dance music by speaking with the DJs, divas, and producers who inspired her and who helped bring Chromatica to life. And each episode will include an exclusive DJ mix from one of Gaga’s guests. It’s a celebration of dance music when we need it most.”

“The last few weeks I’ve been figuring out different ways at home that I can be of service to what I would call the singular global community, one that I believe to be kind in nature, one that I believe to be very special to my heart and I believe to the hearts of many. And so I’ve been thinking of all the ways that I can be someone that contributes to the society and the world. I’m super thrilled, excited to have this show and this opportunity to play an incredible mix of music every week,” Gaga said in a statement.

She herself confirmed that the DJ mixes will come from BloodPop, BURNS, Vitaclub and Tchami.

Ahead of the premiere of Gaga Radio, we’ve already got a few preview clips to enjoy from her chat with BloodPop, including one in which she reflects on the “mental, emotional release” of putting out her latest record.

“I felt a much more like mental, emotional release with that record where I feel like I kind of was like, goodbye. Like I love you and goodbye, and everything that I’ve put inside of you, all of the thoughts, all of the music, all the sound, everything that I’ve left inside of you, I’d like for you to go out into the world, and I would like you to never come inside of me again,” she said.

“Chromatica for me, was the portal that you and I opened in the studio where we would open the portal and I’d go, ‘Okay, talent, creativity, voice from above, sign from above, come inside me, tell me what to say, tell me what to do,’ and most all of it was what I was truly feeling. There was really only two things that could happen to me on any given day. I could either write a song and you’d be there to capture it, or I’d be upstairs on the porch and I wouldn’t write the song. I would just stare into the open sky and chain smoke cigarettes and cry. [Silence].”

That last bit? Very “(Reaches for Marilyn Monroe lighter) I need a cigarette.” (If you know, you know.)

The way that Twitter Gays are going to run with the audio of her saying “I would like you to never come inside of me again” – I shudder to think of what she’s just unleashed upon the world.

She and BloodPop also reflected on some of their favorite memories while making the album.

“I think maybe the first time we played you ‘Rain On Me’ with the new bass line. Because you had come to the point where you’re like, ‘The name of the album is Chromatica. I’m finishing it. I’m doing this, I’m doing that,’ and you were just fully geared up ready to go to Chromatica. Then we did this major change. We weren’t sure if you were going to…because it was quite a big change and,” BloodPop reminisced.

“It was a huge change,” Gaga added.

For the thirsty Little Monsters begging for more to come out of the Chromatica era, this ought to provide some much-needed love, attention and additional insight from Mother Monster – especially since she just had to scrap a surprise performance of “Rain on Me” with Ari at a drive-in drag show due to an un-socially distanced act of extreme disservice by The Chainsmokers.

Anyway, this should be fun! Let’s all tune in and find out what Gaga’s got up her hot pink, Kindness Punk sleeves, shall we?

You know, this would also be the perfect opportunity to finally release “Nothing On (But The Radio)” as a single as well, but…baby steps. 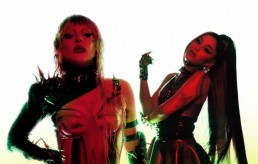 ‘Rain on Me’: Lady Gaga & Ariana Grande Twirl Through the Tears

Let the rain fall down and wake our 'Chromatica' dreams. 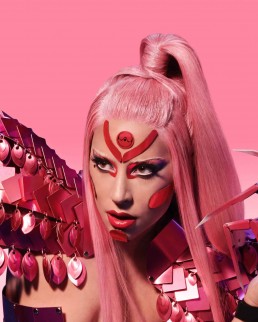 ‘Stupid Love’: Lady Gaga, The Pop Star, Is Back & Campier Than Ever

Gaga is back to spread the (stupid) love. But is it...too stupid?