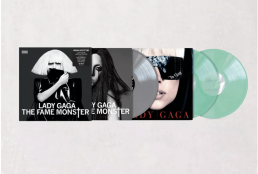 Before her Little Monsters tortured her on replay, re-replay-ay-ay, Lady Gaga – “our Stefani Gerrmato” – was only just crash-landing onto Planet Earth for the first time with a simple message: just dance, it’s going to be okay.

Over a decade later, her message remains the same, and Gaga’s still doing it for The Fame – and, a year later, The Fame Monster – two of the most important, influential pop records of the late ’00s. (Talented, brilliant, incredible, amazing, showstopping, spectacular, never the same, totally unique, completely not ever been done before, unafraid to reference or not reference, put it in a blender, shit on it, vomit on it, eat it, give birth to it…)

Accordingly, Gaga’s first two studio forays are being given a loving touch in the form of a gorgeous, limited triple LP.

Lady Gaga’s 2009 album, The Fame Monster is packaged in a deluxe edition available exclusively at Urban Outfitters. This is the first time the Deluxe Edition will be released on vinyl as a 3XLP package with the 14 track album, The Fame on Coke bottle clear vinyl, and the 8 track album The Fame Monster on silver vinyl. The deluxe album features the hits, “Bad Romance,” “Telephone” featuring Beyoncé, “Just Dance,” “Poker Face,” “Paparazzi,” “Alejandro” and more! 2009, Interscope.

The shiny collection includes all of the (explicit!) deluxe edition of The Fame Monster – the track listing of which you already have memorized because it’s tattooed across your ribcage, like the loyal little Chromatica jockstrap-wearing Kindness Punk you are.

If your name isn’t Alice, but you’ll keep looking for vinyls, and if this news makes you so happy you could die – well, don’t do that – head over to Urban Outfitters to wrap your Little Monster mitts around these records.

The limited release seems to come and go fast in their inventory, and is currently expected to ship on August 16. 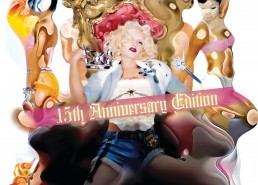 As a wise woman once asked: what you waiting for? 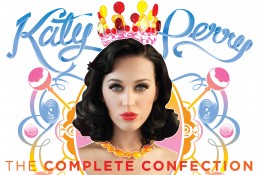 Ahead of the album's 10 year anniversary, Katy's 'Teenage Dream: The Complete Confection' gets a double vinyl reissue.