Mariah Carey‘s made her 30th anniversary a moment, darling – and she’s still got plenty more in the vaults.

After giving the Lambily The Live Debut, as well as the complete “Someday,” “There’s Got to Be a Way,” “Emotions” and “Make It Happen” single and remix-filled EPs and live performances on YouTube in honor of #MC30, the Elusive Chanteuse revealed that she’s got rarities coming – The Rarities, to be exact.

“This one is for you, my fans. It’s to celebrate us, and to thank you for 🤫 years of pure love and support. I am so grateful to you 🐑❤️ THE RARITIES album is out October 2,” she announced on Twitter at midnight.

According the partial track listing made visible already on Apple Music, the 15-track album includes an unreleased song called “Save the Day” with Ms. Lauryn Hill (!), which is expected to serve as the lead single. The Tokyo Dome Concert, right in the time for the Daydream 25th anniversary, is also included.

Mariah’s also set to make an appearance on Good Morning America‘s Summer Concert Series on Thursday (August 19), where she’s going to make an exclusive announcement – presumably of what’s to come of this upcoming retro moment of gypsy unreleased whatever.

All this good news, and that’s not even taking into account the forthcoming emancipation of the Bible itself: The Meaning of Mariah Carey.

The world might be crumbling around us, but at least the Lambily is thriving.

NEXT WEDNESDAY on @GMA: A performance by the iconic @MariahCarey! We can’t wait! #MariahOnGMA 🦋 pic.twitter.com/yh9Ozl6xv6 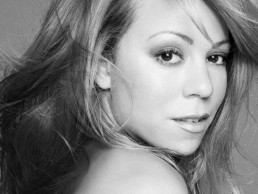 Mariah Carey & Ms. Lauryn Hill Are Just in Time to ‘Save the Day’

Mariah Carey and Ms. Lauryn Hill are in this together, meeting the moment - with some very iconic melodies. 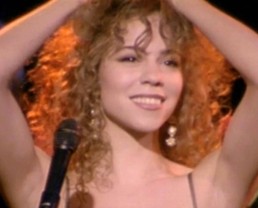