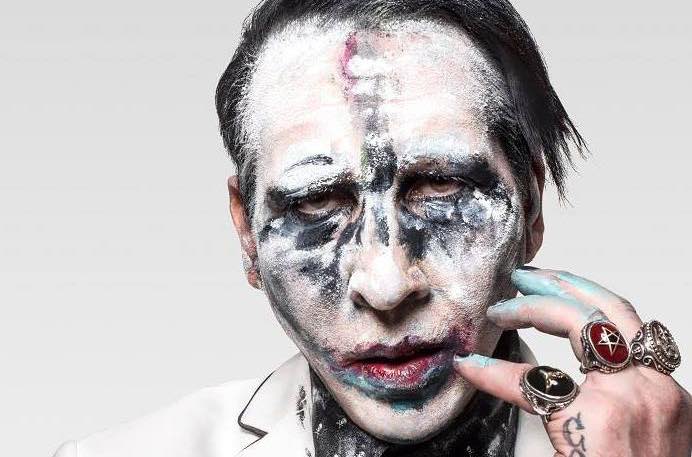 Following the exit Twiggy Ramirez in the wake rape allegations, Marilyn Manson has shed more light on his recently terminated relationship with his now ex-bassist.

As previously reported, Manson parted ways with Twiggy Ramirez (born Jeordie White) last fall following serious sexual assault claims from the bass player's former girlfriend Jessicka Addams, with Manson saying at the time that "This is a sad day." Since then, though, he has spoken little about Ramirez.

Speaking to Kerrang in a new interview, however, Manson has given us more insight into the state his relationship with Ramirez before it effectively was terminated.

"I did not divorce Twiggy as a friend or brother, because I still care about him greatly," Manson said. "But I can't say that my musical relationship with Twiggy has been good for several years. My relationship with Tyler Bates on 2015's] The Pale Emperor made something open up in me, and I didn't want to let negative energy back in my life."

Manson added: "There were other people in my life that I thought were my friends that I had to cut out this year, a lot betrayals that surprised me, and I had to clean house and adopt a new attitude. People mistook my kindness and generosity for weakness. So I kinda adapted this attitude, like, 'If you fuck with me, there will be consequences.' I have issues with intimacy. That might sound weird given that we're lying in bed together, but y'know…"

Following the allegations against Ramirez, Mason was quick to take action in October, announcing, "I have decided to part ways with Jeordie White as a member Marilyn Manson. He will be replaced for the upcoming tour. I wish him well."

In response to the claims, White also released a statement at the time, writing, "I have only recently been made aware these allegations from over 20 years ago. I do not condone non-consensual sex any kind. I will be taking some time to spend with my family and focus on maintaining my several years sobriety. If I have caused anyone pain I apologize and truly regret it."