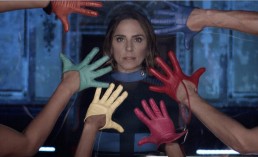 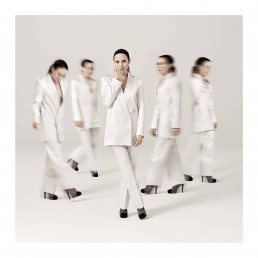 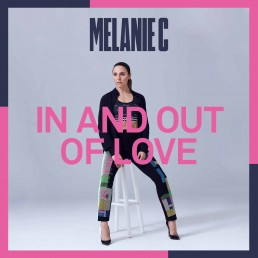 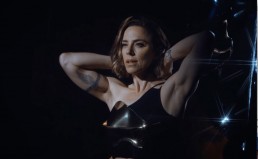 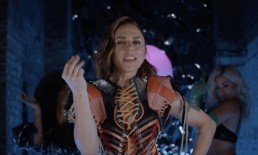 You know what? Melanie Jayne Chisholm hasn’t missed a beat with this new era.

If you’ve not been following along for the ride thus far (the Spice Bus must have missed you at your stop), the recording artist occasionally also known to us as Sporty Spice high-kicked her latest solo campaign into gear with an introspective, empowering, one woman museum-friendly banger in the form of “Who I Am” released back in March, providing the first taste of her upcoming eighth studio album formally announced on Wednesday (July 29), Melanie C. (I don’t know where these people come up with these wild album titles, honestly.)

She followed that up with another hit – a one-two punch, if you will – with “Blame It on Me,” along with a very Street Fighter-esque music video.

And now we’re here: “In & Out of Love,” the latest single from Mel’s upcoming record. Produced by duo One Bit and co-written with the iconic “Wannabe” Spice King himself, Richard “Biff” Stannard (who’s also busy with a certain Disco diva), the lusty, bouncing dance-pop banger is about, you know, going in and out of love.

“Lost in the music, we’re dancing like no one’s here / I feel the heat of your skin as you pull me near,” Melanie croons before diving into the dance floor.

The Graham Cruz-directed music video was shot at Alexandra Palace in London, and features Miss Melanie giving us some choreography in a variety of outfits (that metallic ensemble, oh yes), surrounded by dancers wearing a rainbow array of gloves (LGBTQ+ ally), and just generally serving up the pop star fantasy.

“It’s so brilliant to release a pure pop, upbeat, positive fun tune. I think it’s exactly what the world needs right now!” she explains of releasing the uptempo bop. And you know what? She’s got a point! Nothing wrong with serving up a straightforward, super catchy summer jam for us to enjoy – even if we’re stuck away from the clubs for now.

The upcoming album features collaborations with Shura, Rae Morris, Little Boots and Nadia Rose, and is described as taking the listener “on a heartfelt, foot-stomping journey of introspection, growth and acceptance, all the while reminding us of her undeniable knack for always remaining so effortlessly relevant and ahead of the curve when it comes to her music. By embracing her lifelong love of dance music and classic pop, this splendid new album continues to reaffirm the Spice Girl as one of the most loved and critically acclaimed pop starlets of our time.”

Melanie C is due out on October 2, and is already available in a bunch of different bundles, including deluxe versions with bonus tracks, colored vinyl and limited pressings of exclusive 12″ singles. Check it all out here.

Between that album description, the collaborations and the first three singles, consider me sold: bring on October.