The conservative news reporter everyone loves to hate is actually down with 21 Savage. Fox News correspondent Tomi Lahren has social media’s attention after turning up to the Atlanta rap star.

Back in June 2016, Tomi clapped back at shade thrown her way courtesy JAY-Z and Pusha T‘s “Drug Dealers Anonymous” single.

The same week, Lahren went to Instagram and showed f all the attention the song sparked. 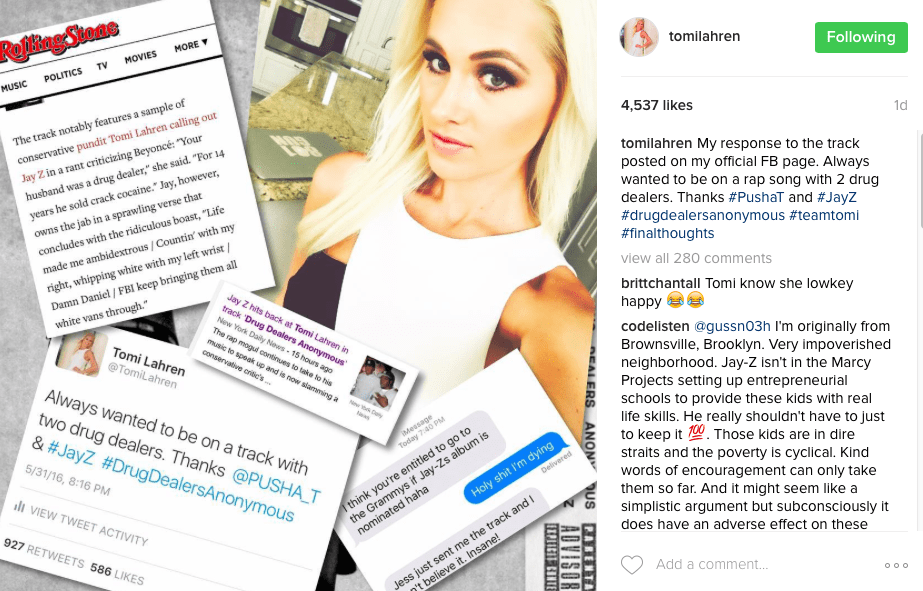 The controversial host initially spoke out on Twitter and took aim at both hip-hop stars. 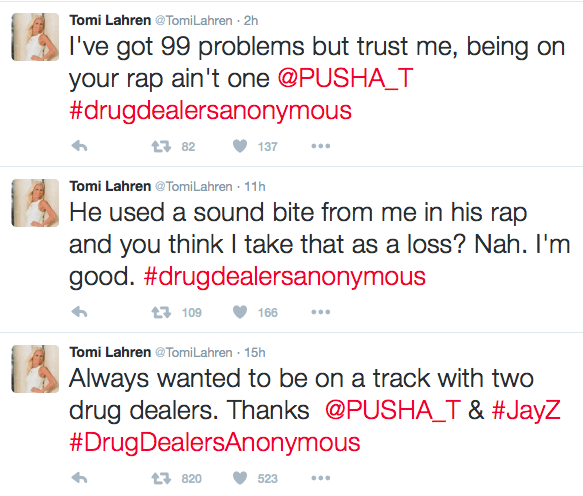