Taylor Swift‘s new album might be her first to be categorized as “alternative,” but this week’s charts suggest that this little known, underground indie folk singer-songwriter has never been more mainstream.

folklore is big. Taylor Swift is big. Huge, in fact: she’s just become the first-ever artist to arrive at No. 1 on both the Hot 100 and the Billboard 200 at the same time, and her seventh No. 1 studio album just scored the biggest week ever for 2020 thus far, as well as making her the female artist with the most No. 1 album debuts in history – among literally about a dozen other records and feats.

At a time when fellow Main Pop Girls are largely struggling to secure a Top 10 hit, why is Taylor Swift running the game so well, still, over a decade deep into her career?

There isn’t one simple answer, nor does it cynically boil down to any one specific label strategy, either – but there are plenty of potential reasons that Taylor consistently hits so hard.

After securing a devoted built-in fanbase during her country music days before making the formal leap to pop with 1989, which exponentially exploded her reach (plus a certain awards show acceptance speech interruption somewhere in between), Taylor’s never really left the public consciousness – even after fleeing to the woods for the last several months.

She might prefer to be removed from certain narratives, but Taylor is extremely present in The Discourse, in large part due to relationships: from the constant focus on her famous ex-flames and the feverish “is this one about…?” hunt for potential lyrical hints (and lingering speculation about her sexuality), to the endless parade of famous friends joining her on tour (“ladies and gentlemen, please welcome to the stage…“), to her (mercifully resolved) “Bad Blood”-to-“You Need to Calm Down” beef with Katy Perry, to a seemingly endless, increasingly ugly feud with Kanye West, which inspired an entire snake-filled album cycle and only just ballooned back up again for the umpteenth time a few months ago with the help of Kim Kardashian.

There’s also her very public battle with her former label Big Machine Records and Scooter Braun over the ownership of her masters, which has raged on for over a year through various acceptance speeches and interviews and performances and unsubtle music video jabs. The saga effectively drew a battle line down the middle of the pop industry, as different players (and their associated stans) chose sides and weighed in over a dispute that is, at its heart, about Taylor Swift and her art.

Her fan relationship is a factor as well. In many ways, Taylor Swift is the one who can be credited as formally ushering in the era of the Relatable Pop Star vs. the untouchable gods of yore. She is the quintessential Relatable Pop Star: the cookie-baking and Polaroid-taking listening parties, the Tumblr stalking and surprise DMs and replies, the embrace of inside jokes among fans (“no it’s becky”) and Swiftie-only fun facts about her friends, her cats and other personal interests, which then turn into visual and lyrical easter eggs, the generous private donations to fans in need, the handwritten notes, the surprise serenades – she really goes the extra mile in allowing (carefully controlled) access, which is especially unusual given her celebrity.

The added effort not only solidifies her fanbase’s devotion even further, but regularly gains the attention of the public with each good and endearing deed. Of course, as with all things Stan Culture on the Internet (so happy to be here!), that kind of relationship has also resulted in an unwavering, militant loyalty among the most hardcore members of the fandom that presents itself in some seriously scary ways, too.

As far as the charts go, it’s impossible to say what the general public ever really wants – aside from straight men. They, predictably, very much love all of the straight men! When it comes to female artists in 2020, this has been a great year for acts like Doja Cat and Megan Thee Stallion. TikTok’s also become a huge determining factor in sending a viral smash up the charts, and will only continue to be…unless it’s banned soon.

But even though she manages to go viral herself – there’s a “Love Story” remix trend on TikTok making the rounds at this very moment, in fact – Taylor’s success doesn’t come down to any specific sound: her music has wavered from Kidz Bop territory best suited for the Lululemon/SoulCycle crowd (“Shake It Off,” “Me!”) to solemn, summertime sadness (folklore), but the attention, regardless of genre, hasn’t changed.

There’s something to be said about Taylor’s perceived relatability that makes her more universally marketable. She’s not entirely alone in that: the world turns to Adele in record-breaking droves to cry and relate to what is considered raw artistry and vocal talent (and a charming, hilarious personality) – and even if she were more prolific than one album every four years or so, her numbers would likely sustain.

Vulnerability works to provoke interest and intrigue: even in the case of Taylor’s BFF Selena Gomez, once she became outspoken about her own personal demons and the effects of one particularly toxic on-again, off-again relationship, her chart presence surged. (See: “Lose You to Love Me.”)

From the way Taylor’s lyrics almost immediately turn into fodder for yearbook quotes and Twitter memes (“The Last Great American Dynasty,” most recently), as well as star-studded scavenger hunts for the Us Weekly types (does this lyric mean she sent a baby gift to Joe Jonas and Sophie Turner – gasp?!), Taylor is consistently upheld as one of the leading lyricists of the current pop star generation. Even more than the music, people just want to hear what she has to say. Of course, she knows how to tell a story in song – and she certainly knows her way around a hook.

Taylor’s relatability extends through her lyricism, too – from “Fifteen” to “You Belong With Me” to “Blank Space” to “cardigan,” she draws on classic tropes of the human experience: teenage innocence and awkwardness, feeling like an outsider instead of one of the cool kids, first loves, broken hearts, haters, and plenty of nostalgia along the way, at times not unlike Lana Del Rey‘s own rose-colored remembrances.

Speaking of the self-professed Queen of Coney Island: there’s also a whole lot of white privilege tied into all of this, especially when considering all the incredible non-white singer-songwriter storytellers that don’t receive nearly the same amount of fanfare when their own records arrive. That’s a whole other systemic issue to unpack, but no less one major factor in her unstoppable reign. At the very least, Taylor’s been turning around the way she’s used her gigantic platform post-reputation, from absolute silence to becoming outspoken about things like Black Lives Matter.

The music’s gone from country to Top 40 to alternative, and the promotional tactics have ranged from massive months-long rollouts to a few tweets hours before. The one consistency throughout Taylor’s success is her persona, and the fables of her personal and professional relationships that play out in the media, the music and everywhere in between.

Until the general public suddenly stops caring about the actual folklore of Taylor Swift, the music, regardless of genre, will only continue to make plenty of noise.

In the silence of quarantine, Taylor Swift emerges from the woods with nostalgic tales to tell. 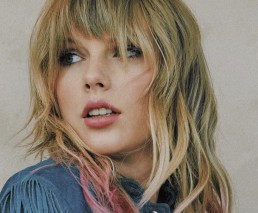 Taylor reveals the more vulnerable side of her 'Lover.' 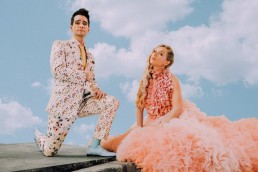 ‘ME!’: The Bree-Hee-Heezy, G-Rated Return of Taylor Swift (With Brendon Urie)

Taylor's back, and it's all kittens, unicorns and rainbows in her world. Literally.