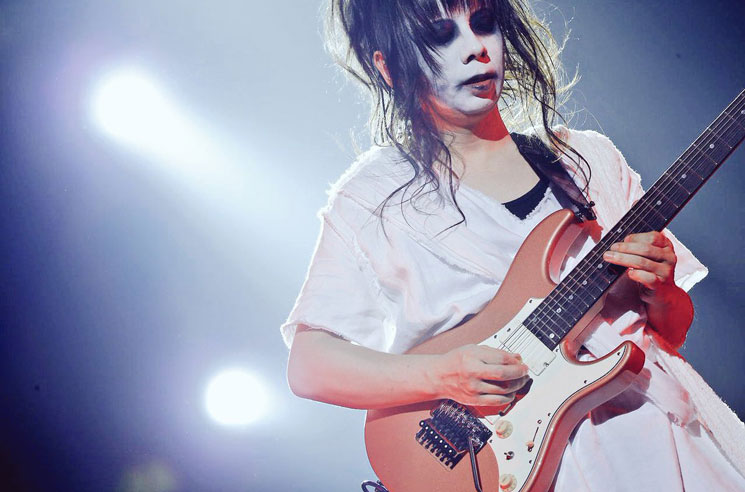 Mikio Fujioka — a guitarist best known for playing alongside Japanese pop-metal outfit Babymetal — has died. Both the band and Fujioka's wife confirmed his passing on social media today (January 9). He was 36.

Through the guitarist's ficial Twitter account, Fujioka's wife revealed he had fallen from a height on December 30, succumbing to his injuries on January 5. The band wrote, "we hope that he is now with his GUITAR MASTER Allan Holdsworth] and enjoying an epic guitar session with him."

A graduate the Musicians Institute Osaka, Fujioka had toured with Babymetal as a member their backing "Kami Band" outfit since 2013. He was best known to fans as "Ko-Gami," meaning "the little god."