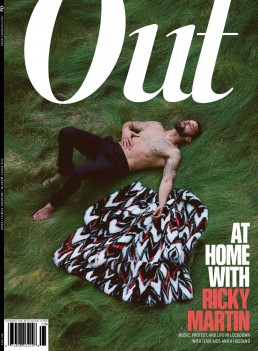 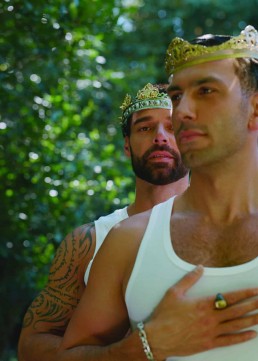 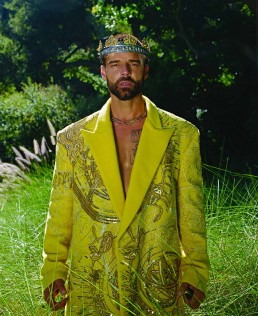 We don’t usually stan men around here. Admittedly however, I will always melt at the sight of Ricky Martin as it is – and whenever I see him with his artist husband, Jwan Yosef, there’s an innate urge within me to shriek “COUPLE GOALS!” like a middle school girl. (I mean, their house tour…)

There aren’t necessarily a ton of prominent, out-and-proud queer couples with families that feel super aspirational (for me personally, at least), but Ricky and Jwan are definitely one of the dream teams, as featured in the Family Issue of Out Magazine.

The two got married in 2017, and have four children together.

“Many years I dreamt of being a father, and many, many, many times I went through this grieving process of I am gay, I am a closeted gay man, and I’m not going to be able to be a daddy. Obviously adoption is an option and it’s very beautiful, but unfortunately for gay men it’s very difficult to adopt in some countries,” Ricky explained.

“I became a daddy when I was 35; it’s not the same thing when you’re 48. You need the energy! And I’m strong, trust me, I’m healthy—I’m carrying two babies at the same time and the stroller and the backpack—but it’s a lot. It’s a big responsibility.”

He also opened up about making new music amid the quarantine, and coping with the potentially very bleak reality of never touring again – at least, not in the same way.

“I went through this mourning process of me letting go of the possibility of ever performing in front of 20,000 people again. That’s what they were telling us. For me it was like, I don’t know how to do anything else. I always thought I was going to be able to do this as long as I wanted to— even if I looked ridiculous onstage at 70 years old with a cane, it was my option. But apparently that was no more,” he said.

Ricky released his appropriately titled Pausa – his first official EP – in May, which featured Sting, Bad Bunny and Carla Morrison among others, with a second EP, Play, still to come this fall.

“I’m going to go deep into my beautiful Caribbean and I’m going to bring all my ancestors. I want to go to Brazil. I definitely want to go to Africa for the drums and the percussions. I want people to dance,” he revealed. That’s good news for us, whenever it comes – we need another “Vente Pa’ Ca.”

The dreamy accompanying photo spread for the story was shot by Fabian Guerrero, with assistance by Justin Sarinana, and styled by Law Roach – yes, of Legendary fame. Ricky is wearing Berluti on the cover.

Head to Out for the full story by Mikelle Street.