My memory has blurred the exact sequence of events when it comes to music discovery over time, but I’m fairly certain that “Fuck the Pain Away” is one of those songs that my very punk, very angsty, very cool high school sweetheart introduced me to early on in our relationship.

Like the myriad electroclash acts I discovered on late night rides through the suburbs with my ex – Le Tigre, Ladytron, CSS – it forever changed something in me after I heard it, and expanded the boundaries of my otherwise sparkly, sleek pop taste for the better. (I’m still thankful for all those late night cruises, too.)

In a world where a song like “WAP” is dominating the mainstream charts, “Fuck the Pain Away” might seem less shocking these days, but the delivery of that opening line alone still lands with the biggest, most intimidating thud of Big Dick/Wet Ass Pussy Energy twenty years later: “Suckin’ on my titties like you wanted me, callin’ me all the time like Blondie, check out my Chrissie behind…“

It’s a gritty recording, and sounds like the roughest of demos…because it is. The electricity in the room of the original first-time live recording is magically preserved in its final form, perfectly bottling the song’s raw, effortlessly cool energy.

Much to our benefit, Shirley Manson, Garbage goddess, decided to explore the very song further with Peaches Nisker, the Fatherfucker and Feeler of Cream herself, as part of Shirley’s podcast The Jump, in which she talks with different artists about the “one song that changed everything.”

During their conversation, Peaches explained her signature song’s unlikely origin story – getting over a breakup in Toronto, starting life over again, working at a daycare! – and finding musical inspiration in Daft Punk, hip-hop and rock, as well as lyrical inspiration in flipping the script and throwing a middle finger to classic rock misogyny.

“I was super conscious of not being therapeutic that was victimizing or self-loathing. I wanted to use it as an empowerment – as a fuck you…fuck you to myself. You can lift yourself in a cool way,” Peaches said.

The two also talked about the $5 cassette tape recording that became the final version (“it ain’t broke, don’t fix…I’m never recording the song again”), and the song’s evolution from underground hit to an enduring and influential moment for the music industry, with record executives telling pop stars to be “20% Peaches,” and strip club owners demanding the song get pulled for being too “alienating.”

It’s a great conversation. So settle in, stay in school (’cause it’s the best), and listen. Fuck the podcast away…

The Teaches of Peaches is available on CD and vinyl.

Put the Needle on This 3-Hour Dannii Minogue Disco Megamix

For the fellow Dannii Stanniis, this is quite truly it.

When it comes to Madonna fans, where there's a will (and video editing software), there's a way. 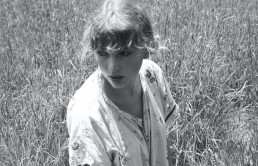 On the Enduring Mainstream Reign of Taylor Swift

How come her mainstream reign hasn't let up?