Sunmi is no stranger to a left-lane, artsy-fartsy kind of career choice – and teaming up with her former boss, J.Y. Park of JYP Entertainment, is certainly no exception.

The 28-year-old “Noir” quirk-pop princess and the 48-year-old JYP record executive are starry-eyed, fast-footed lovers on the dance floor in the delightfully absurd “When We Disco,” released on Tuesday (August 11). (Didn’t you know? The theme of 2020 stays disco.)

Part Saturday Night Fever, part Bollywood, part Pulp Fiction, the entirely retro, overwhelmingly camp clip finds the former Wonder Girls girl group superstar finding love on the dance floor, only to be ripped apart by, like, club bouncers or mafia bosses or something – until they, of course, reunite at the discotheque a decade later, leading up to a full neon-lit dance production in the slick city streets.

Everything about this campaign is thoroughly amusing – including all of the faux-outrage and panicked “Sunmi, blink if you need help!” comments from fans across social media. It’s actually sort of sweet and charming that the two have remained friends long after the days of the Wonder Girls.

Considering “Pporappippam” stays one of the year’s best K-pop songs, consider “When We Disco” a little retro disco ball cherry on top for the rest of Sunmi’s summer. 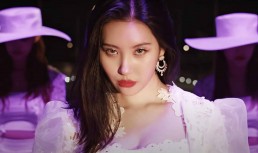 ‘Pporappippam’: Sunmi Delivers a Swoony Song for the Summer

Sunmi makes a dreamy getaway into the purple night. 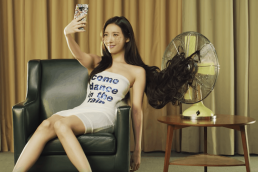 ‘Noir’: Sunmi Shows the Dark Side of Stunting for the Gram

Sunmi feels nothing, but documents everything, in 'Noir,' an eerie take on the empty world of social media.