Miley Cyrus has a fantastic new song out at the moment called “Midnight Sky.” And yet, some of the world is busy obsessing over one of her songs that’s…over a decade old.

That’s right: the teens have officially discovered “When I Look at You.”

TikTok – home base for QAnon conspiracy theorists, witches and suburban gays (often all three at the same time) – is currently ablaze with Zoomers using the song in different ways: from “ur crush will msg u if u listen to this audio” to laying on the floor, emotionally crooning Miley’s Time of Our Lives track and The Last Song soundtrack song, which was released as a single back in February of 2010, reaching No. 16 on the Billboard Hot 100.

To be fair, it is a great ballad – and must be especially exciting to discover if you weren’t already alive for the song’s release the first time around!

The track was written by Hillary Lindsey (of Carrie Underwood‘s “Jesus Take The Wheel” and Lady Gaga‘s “Always Remember Us This Way” fame) and John Shanks, the pop-rock production king responsible for everything from tracks on Kelly Clarkson‘s Breakaway to Ashlee Simpson‘s Autobiography.

Because of TikTok’s insane popularity pull with the charts, “When I Look at You” has since rocketed up the iTunes, Spotify and Apple Music charts, and has already slid into Miley’s Top 10 most popular songs on Spotify.

This wouldn’t even be the first time the teens discovered a track from a pop queen while she’s busy promoting her current album: Kesha‘s own 2010 track “Cannibal” became a viral TikTok dance while she was in the middle of High Road promo.

And while Kesha eventually jumped on the bandwagon and did the dance herself, Miley is…perhaps less enthusiastic to see where everyone’s energy’s at with her own music career. (Also, does she really want to reminded of a song from a movie co-starring her ex-husband right now? It’s…very doubtful.)

Well done on the #OldMiley nostalgia, everybody! Just, um, remember to stream “Midnight Sky” in between your “When I Look at You” sessions. (That being said, I wouldn’t mind a “Who Owns My Heart” rediscovery moment. Let’s go, Charli D’Amelio…) 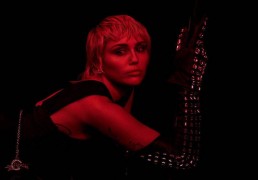 How many times does she need to tell you? Miley simply can't be tamed. 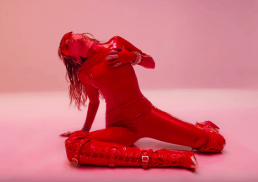 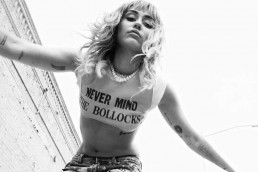 ‘She Is Coming’: The Reintroduction of Miley Cyrus Begins (Review)