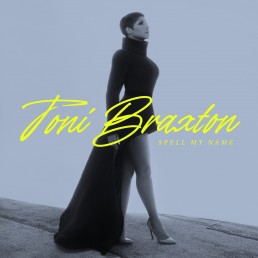 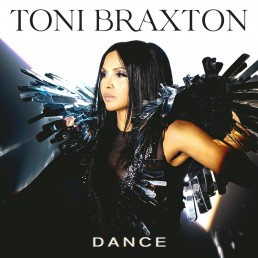 Un-break my heart, breathe again, call me by Toni Braxton‘s name and be a man about it: the Queen is returning to us.

Two years after releasing Sex & Cigarettes, featuring the No. 1 song of 2018, “Long As I Live,” the iconic vocal powerhouse is already back with a brand new album called Spell My Name – and it’s out on August 28.

Know what her name spells out? “#TakingOutNegativeInfluence,” she announced on Twitter.

Absolutely shaking. And that’s not all!

Her first single from the campaign, “Do It,” is currently dominating at the Adult R&B chart on Billboard, aided by a remix by the legendary Missy “Misdemeanor” Elliott, who’s certainly keeping herself busy lately.

And after releasing a Dave Audé remix of the song, Toni just dropped the original version of her follow-up single “Dance,” featured on the upcoming record on Friday (July 31) – and it’s an Antonio Dixon-crafted slice of gorgeous, shimmering, ’70’s-inspired dance floor empowerment. It’s official: all of the girls are truly going disco…and no one is complaining. It’s such instant bliss!

“I just wanna dance, just dance,” she proclaims across the horn-y, strut-worthy production. Has any other dance-pop diva ever expressed a similar desire in recent memory? I can’t remember!

The bridge is an especially joyous moment: “Watch how I get over you / DJ, can you help me to? / Turn it up so I can move / Right now, don’t stop / One, two, three, dance…” she commands before the track bursts into a fierce, hand-clapping dance break. We’re going to need some major choreography for this moment, Miss Braxton – preferably while on roller skates.

And that playful outro? “See you later baby…buh-bye!” That cackle? The “woo“! COME ON. Queen Toni!

While it’s always wonderful to hear Toni Braxton singing her (un-)broken heart out and supplying another sad love song (REFERENCE) for us, hearing her opt to ditch the dud for a dance floor moment with her friends instead is just as welcome. Is this the most uptempo fun she’s had since “Make My Heart”? Legends deserve to dance, too!