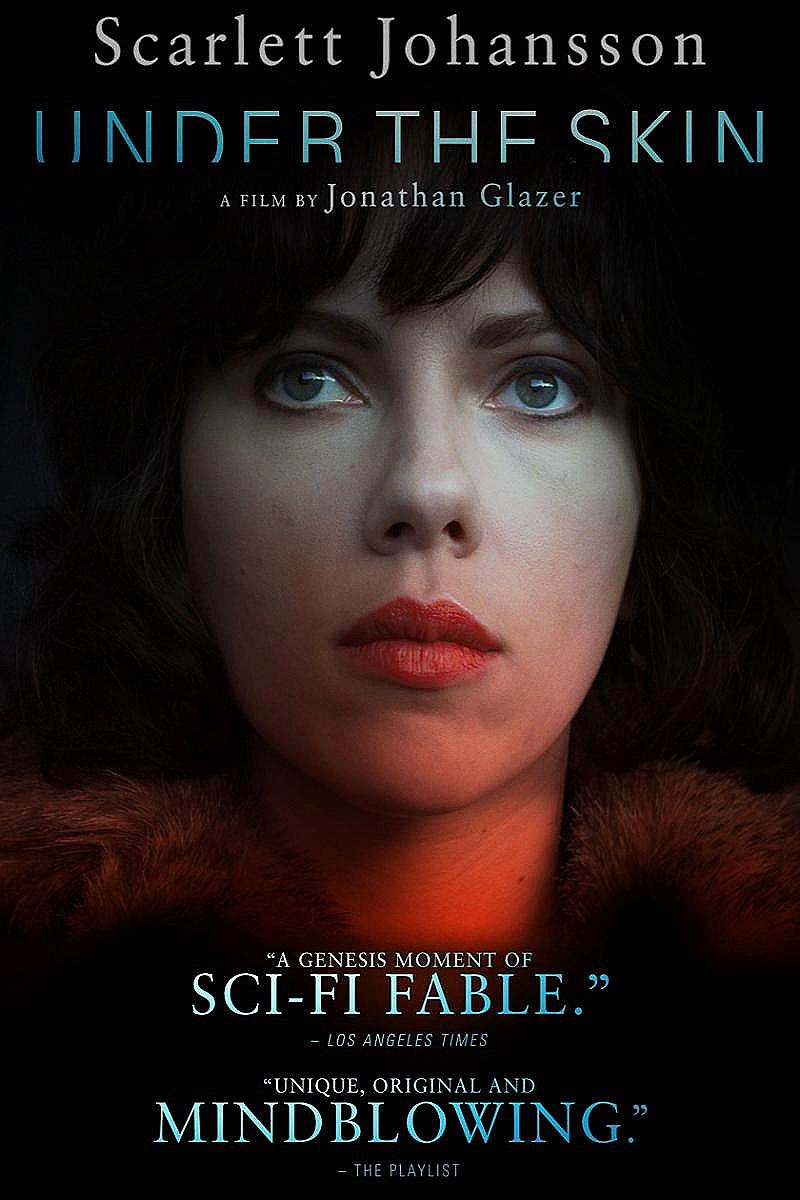 I finally watched Jonathan Glazer's Under the Skin last night. It stars Scarlett Johansson as an alien who spends her time picking up men in Scotland, bringing them back to her place and... well, you should just watch it. You can stream it for free on Amazon if you have Amazon Prime.

Based on Michel Faber's novel of the same name, the film is directed and co-written by Jonathan Glazer who made Birth and Sexy Beast, not to mention the videos for Radiohead's "Karma Police" and UNKLE's "Rabbit in the Headlights", among others. Species this is not, owing more to '70s experimentalists and, as you might expect from his CV, Glazer has delivered a gorgeously-shot film that is also thought provoking and unsettling. ScarJo even does a credible London accent. I already want to see it again.

After hearing my movie-minded friends rave about it all year, I finally pulled the trigger after it showed up in a few of the band/artist Top 10s we've been running. Here's what Protomartyr, said:

a visually stunning film with a really great soundtrack that defies easy explanation. Actually the real 'best' thing we saw all year. Sure, it didn't have people getting repeatedly kicked in the face or RZA trying on a Jamaican accent sporadically, but not everything can be 'Brick Mansions'.

The minimal, eerie score, which appeared on Travis from Grooms' end of year list, was done by Mica Levi (aka Micachu). It definitely enhances the off-kilter vibe of the film, and you can stream it via Rdio below.

Check it out if you haven't already, and check out nine more recommended movies from streaming sites, courtesy of Sub Pop-signed musician Daughn Gibson, below...

3. "Night of the Creeps", Netflix - Classic horror goof about alien brain parasites that eat the prom.

5. "Stranger than Paradise", Hulu - Jarmusch kids smoke and talk and then drive around.

6. "Edvard Munch", Fandor - Norwegian expressionist painter puts fever to the canvas and gets punished by critics

7. "Under the Skin", Amazon Prime - ScarJo plays an alien who kidnaps Scottish men and folds them into horrible shapes

9. "Dawn of an Evil Millennium", Fandor - Absurdist horror from Damon Packard that probably influenced the hell out of Tim & Eric

10. "The Beach Girls", Youtube - Weirdly soothing USA Up all Night jawn from '82